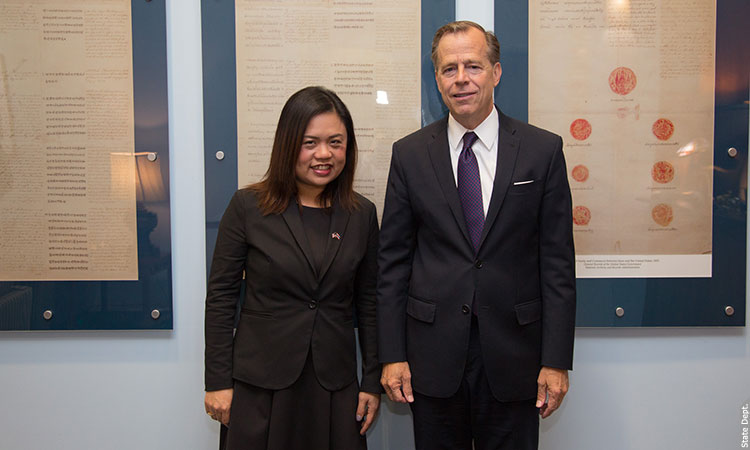 On July 11, U.S. Ambassador Glyn Davies welcomed Weerawan “Boom” Mosby who is one of the eight individuals to receive the prestigious Trafficking-in-Persons (TIP) Report Award from U.S. Secretary Rex Tillerson in Washington, D.C. on June 27. In collaboration with the Royal Thai Police, Khun Boom created Southeast Asia’s first Advocacy Center for Children (ACT House) located in Chiang Mai, and is the Founder and Director of the HUG Project. Later that afternoon, Khun Boom spoke to YSEALI students, Thai government officials, and journalists at the U.S. Embassy Bangkok’s American Hub, GPF Wittayu Tower, and encouraged the audience to be part of the efforts to end modern day slavery.