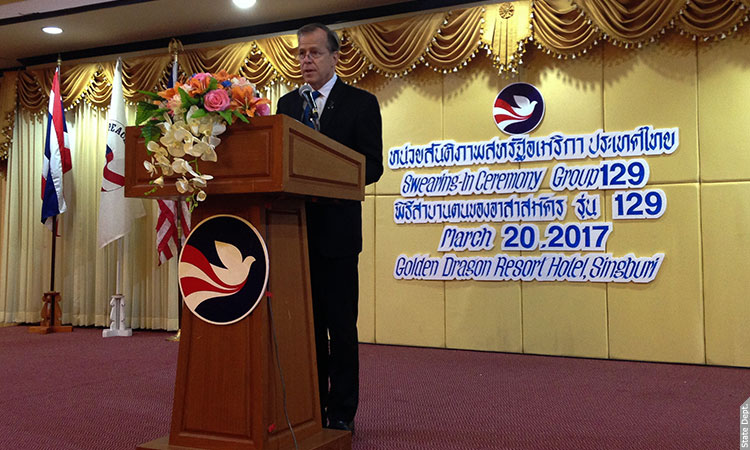 Ambassador Glyn T. Davies and the U.S. Embassy team traveled to Singburi Province on March 20 to participate in the Swearing-In Ceremony for Peace Corps Thailand. During the event, the Ambassador administered the oath of service to 65 new volunteers who will be working in education and with youth, and along with several volunteers, gave an interview with local media. The Ambassador’s participation in this annual event underscores the role that the Peace Corps plays in maintaining the strong partnership and bonds of friendship between the people of Thailand and the United States. The Peace Corps has operated in Thailand for 55 years, since 1962.