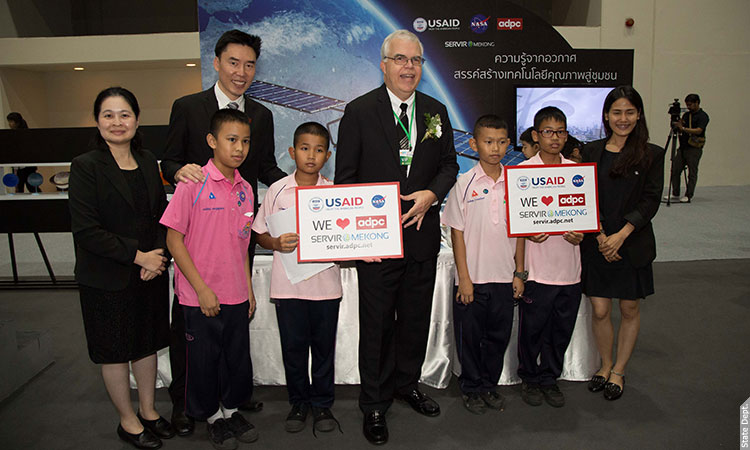 On August 18, Chargé d’Affaires Peter Haymond joined the opening ceremony for the 2017 National Science and Technology Fair, which takes place August 17 to 27 at the IMPACT Exhibition Center.  The Science Fair is an annual event organized by the National Science Museum that draws more than a million visitors, including schoolchildren from almost every province of Thailand.  Following the ceremony, the Chargé welcomed the Minister of Science and Technology, Dr. Atchaka Sibunruang, to the space-themed exhibits of the U.S. Pavilion: